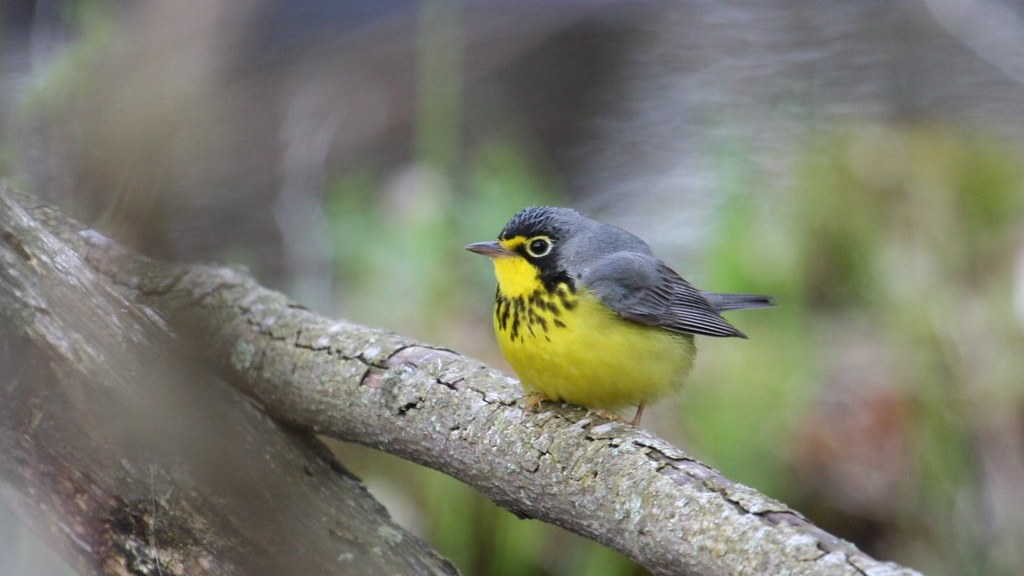 I’m shocked, my bicycle swerves. Where am I? Is this a war zone? Yes, that is cannon fire. Then reality takes over. This is Kitimat, BC, and I’m on an early morning bike ride. The cannons that startled me are designed to scare off bears and birds. This is not a war zone… but in a way it is.

Kitimat’s pristine wilderness is under siege. Our little frontier town has been an invaded by legions of white pickup trucks with unfamiliar logos, contractors, bulldozers, flat bed trucks. Workers have invaded, too, living in camps on the fringes of our town of 8,000. The platoons of arrivals are constant. Most lumber into town aboard one of the buses from the mushrooming fleet of vehicles based here.

Nothing in our town is the same. Chainsaws and heavy-duty machinery are a constant. The trees are disappearing at a staggering rate. Thousands have been cut this year alone, for plant site roadways, pipeline corridors and strip-mined gravel pits. And this is just the beginning. Security fences and checkpoints have sprung up like morel mushrooms in spring.

It’s not only for LNG Canada, but also for an expanded electrical sub-station, second LNG site, pipeline construction camp, LNG offset project at nearby Minette Bay, new hotel and much more. For rural folks accustomed to solitude, it’s overwhelming.

The increased traffic, noise, and alienation of forest lands is hard on us but tougher yet on the wilderness and its critters. No wonder the bears are wandering into town at an alarming rate.

Nothing seems natural anymore. It is difficult now to get out birding and hiking because roads are gated with security checkpoints. Project staff and hired biologists frequent our haunts. How many of them have mixed emotions about their contribution to the transformation of the wilderness here in the Kitimat Valley? At least one of the staff is a falconer with a trained Harris Hawk. The purpose of the hawk, along with the cannon fire, is to prevent birds and animals from nesting, which, God forbid, would delay construction schedules.

For people keen of keeping nature worth knowing, it is discouraging. There’s so much to react to. What about the brushing and mowing going on along roadways during prime warbler nesting time? What about the Pacific Traverse Energy propane railway terminal that’s proposed just north of Kitimat in a pristine wetland, just upstream from the town’s riverside water intakes?

It’s too much. Is this the cost of progress? Do the benefits outweigh the negatives? Clearly our environment is collateral damage.

This article appears in our October 2019-November 2019 issue.