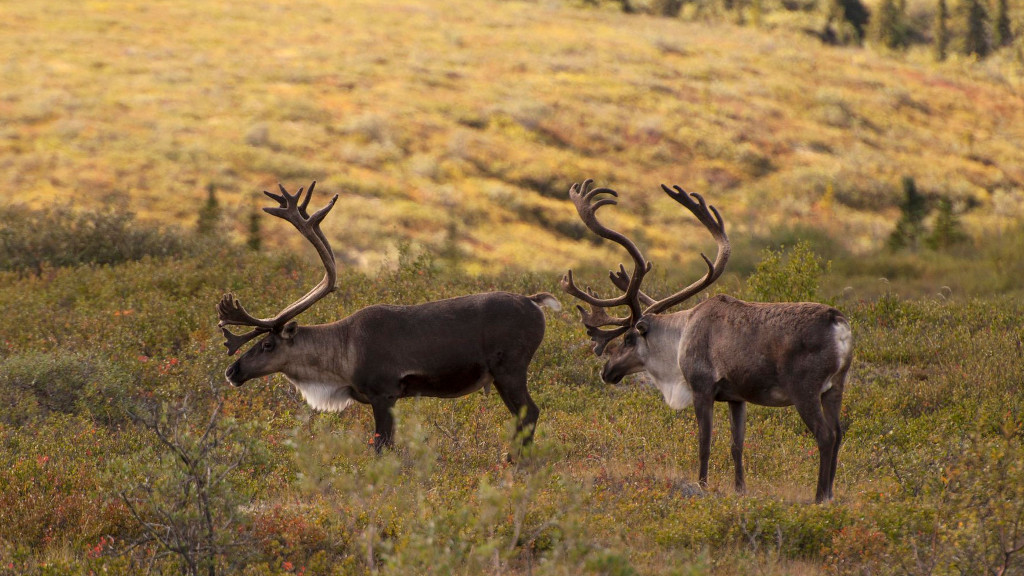 A partnership agreement to recover the endangered central group of southern mountain caribou has been signed by Chiefs of the West Moberly First Nations and Saulteau First Nations and Ministers of the British Columbia and Canadian governments.

The agreement has a 30-year term and is the first of its kind in Canada.

Approximately two million acres of land will be placed into protected areas, where Caribou habitat will remain undisturbed by new industrial development activities. The partnership agreement is centred around the Klinse-za (Twin Sisters) mountains and the Klinse-za caribou herd. In 2013, when the herd numbered just 16 animals and was facing extirpation, West Moberly and Saulteau began a maternal penning program to give newborn calves a better chance of escaping predators.

Along with habitat restoration and a combination of scientific and traditional management measures, the Klinse-za population has now risen to over 80 animals. The partnership agreement promises long-term support for these recovery efforts, including multi-year funding for maternal penning, habitat restoration, and an Indigenous Guardians program.

West Moberly’s Dunne-za (Beaver) ancestors entered Treaty No. 8 in 1914. The Treaty promises protection for wildlife and the ability to hunt as freely as before entering the Treaty. There was to be no forced interference with the First Nations’ traditional way of life. West Moberly Elders remember a time when a “sea of caribou” could be seen moving throughout the Peace region, with herds so large the animals were “like bugs.”

But since then, the Peace region has been besieged by decades of habitat destruction. Megadams, clearcuts, coal mines, pipelines, oil and gas wells, along with tens of thousands of kilometres of power lines, roads, trails, and seismic lines have destroyed sensitive habitats, severed migration routes, and upset predator-prey relationships. In the 1970s, Elders imposed their own hunting moratorium to help the caribou recover. West Moberly members have not harvested the animals since that time.

In the early 2000s, West Moberly began working with Elders to gather traditional knowledge about caribou (“wah tzee” in the Dunne-za language). This knowledge was recorded in community reports, such as “I Want to Eat Caribou Before I Die.” In 2009, West Moberly went to court to protect the Burnt Pine herd of southern mountain caribou from a coal mine proposed within sensitive alpine habitat in the absence of any provincial caribou recovery plan. The court suspended the project on the basis of West Moberly’s Treaty right to harvest caribou according to its traditional seasonal round.

West Moberly then joined together with Saulteau First Nations and Wildlife Infometrics in 2013 to begin a maternal penning program for the Klinse-za herd. The program has expanded to include habitat modelling, habitat restoration, wolf removal, caribou feeding, scientific research, and, now, habitat protection under the partnership agreement.

Southern mountain caribou populations remain small, scattered, and vulnerable. Obstacles to recovery abound. But the new resources, protections, and management approaches under the partnership agreement demonstrate hope that a “sea of caribou” might once again roam the Peace region, and that traditional ways of living with caribou might survive.

West Moberly expresses deep gratitude and thanks to all of the individuals and groups that have worked on the partnership agreement and are collaborating in various ways to support the recovery of southern mountain caribou. 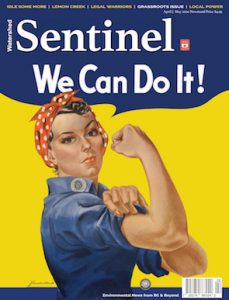 This article appears in our April-May issue.