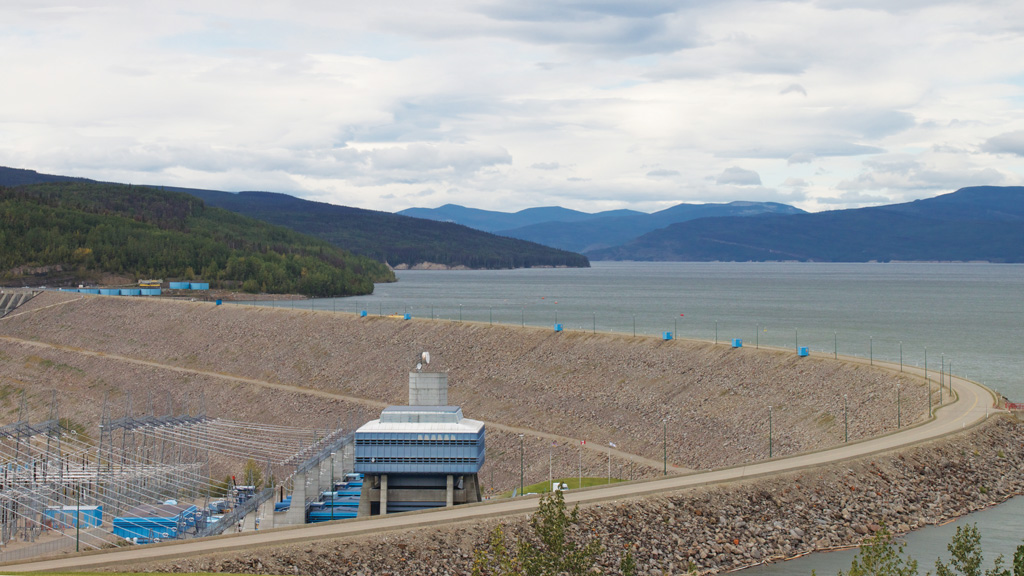 Forcible displacement. Massive deforestation. Loss of Indigenous cultural sites. Flooding of agricultural land. The litany of destruction unleashed in the wake of hydroelectric megaprojects has been known and documented for decades. Yet these inconvenient truths are often brushed aside as governments around the world rush to build thousands of new dams and reservoirs in the name of “fighting climate change.”

The mantra about hydropower as a climate solution has been repeated so often that it seems self-evident, no longer placing any burden of proof on its proponents. Until a recent proposal in Massachusetts to purchase power from Hydro-Québec as a way of meeting Massachusetts’ climate goals, even anti-dam activists rarely challenged Big Hydro’s climate claims.

Hydropower’s “clean energy” status was baked into the 1997 Kyoto Protocol and its Clean Development Mechanism, endowing the sector with preferential access to global climate finance for decades to come. Hydropower’s special status continued under Kyoto’s successor, the Paris Accord. Since then, powerful hydro utilities have entrenched themselves within the corridors of international climate diplomacy, aggressively lobbying for their dam-building agenda at the various COP (Conference of the Parties) summits.

The mantra about hydropower as a climate solution has been repeated so often that it seems self-evident, no longer placing any burden of proof on its proponents.

But a growing body of peer-reviewed scientific evidence shows that, far from being a climate solution, large-scale hydropower generation is a significant source of greenhouse gas emissions. A 2016 study by Swiss researchers that assessed the emissions of 1500 dams and reservoirs around the world found that Hoover Dam and Lake Mead on the Colorado River near Las Vegas emit as much CO2-equivalent, per kW/hour, as a coal-fired power plant. 1 On average, dams and reservoirs emit twice as much greenhouse gases as they store, according to a German study published in 2021. 2 As a particular concern, the German study highlighted the release of methane, a much more potent greenhouse gas than CO2.

Why do reservoirs generate so many emissions?

When lands are flooded, vegetation decomposes under water and generates methane, which bubbles up through the water column and into the atmosphere. Initially, scientists thought that emissions would spike for a few years after flooding and then subside. But more recent measurements have shown that reservoirs continue to emit significant amounts of both CO2 and methane throughout their lifecycle. This is because of the constant change in reservoir water levels, as utilities manipulate water flows to optimize power production. When large amounts of water are released to meet seasonal peak demand for power, reservoir levels drop, and previously vegetated areas are exposed to air. This speeds up decomposition, increasing emissions. Meanwhile, new vegetation grows on exposed reservoir slopes until the water levels rise again. This creates a perpetually renewing cycle of emissions.

Québec’s largest reservoir, Caniapiscau, has a carbon footprint double that of coal power: about 2,200g CO2-equivalent per kilowatt/hour.

How much a reservoir emits depends on a variety of factors such as location, rainfall patterns, and reservoir age and size. Emissions differ wildly between different reservoirs, and studies cannot simply be extrapolated from one site to another. For a long time, it was believed that tropical reservoirs cause the most emissions. But recent studies show the key driver of climate impact is the amount of biological activity within a reservoir, rather than latitude: six of Hydro-Québec’s reservoirs are among the top 25% emitters of hydro plants worldwide. Québec’s largest reservoir, Caniapiscau, has a carbon footprint double that of coal power: about 2,200g CO2-equivalent per kilowatt/hour. (And yes, a coalition of grassroots groups did use this information, in court, to rebut Hydro-Québec’s unsubstantiated claim that their electricity has a carbon footprint comparable to wind.)

Downstream emissions on the Peace River: tipping the carbon balance of boreal wetlands?

Some dams have climate impacts that go far beyond their immediate reservoir area. On the Peace River, the W.A.C. Bennett dam, completed in 1968, has severely disrupted the hydrology of the entire downstream reach of the Peace River up to and including the Peace-Athabasca Delta in northern Alberta, home of the Mikisew Cree First Nation and a UNESCO World Heritage Site, Wood Buffalo National Park.

The Peace-Athabasca Delta requires strong spring flows to keep its wetlands hydrated through the year. For the past half-century, the flows have been reduced by climate change. This drying process is compounded by BC Hydro’s flow manipulation at the W.A.C. Bennett dam, which has reduced Peace River flows into the Delta by up to 50%, according to a recent study. 3 Dr. Martin Carver, a hydrogeologist, warned regulators that, combined with the existing two dams, building Site C could be “the straw that breaks the camel’s back” in the Delta.

This is a frightening possibility: landscapes tipping from emissions sinks to emissions sources risks triggering further cascades of climatic effects that may be beyond humans’ ability to mitigate.

A UNESCO Monitoring Mission visited the Delta in 2016 at the request of Mikisew Cree First Nation. In its final report, the Mission warned that warming and drying could “tip the carbon balance of the Delta toward net carbon emission rather than being a carbon sink,” leading to a “dramatic positive feedback” on greenhouse gas emissions and further warming of the atmosphere. 4 This is a frightening possibility: landscapes tipping from emissions sinks to emissions sources risks triggering further cascades of climatic effects that may be beyond humans’ ability to mitigate.

The IPCC report released in August is a “code red” warning. We can’t afford to give Big Hydro a pass based on industry propaganda. Any new hydropower proposal should undergo a “climate test” – a rigorous carbon accounting that must also include downstream emissions, and assess the proposed hydropower project against other renewable alternatives.